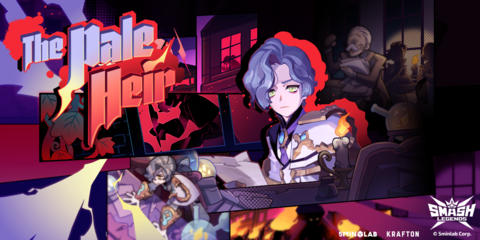 Victor, the 30th legend to be released, is a specialist-type legend that uses electric gloves and a lightning rod to cause electrical damage to the enemy.

With the new update, players can buy a new pass for Smash Pass Official Season ‘Chapter 5: The Pale Heir’ and then get Victor after reaching stage 10 of Smash Pass Reward.

Also, the update introduced the enchantment system that allows users to strengthen the stamina and offense power of legends. To use the system, players need enchantment scraps that can be acquired from Gacha. Enchantment can be freely equipped or exchanged on slots of legends.

What’s more, the in-game lobby background and BGM have been changed to a Halloween theme to celebrate the Halloween season.

You can read more about the update on SMASH LEGENDS’ official website and check it out in the game.