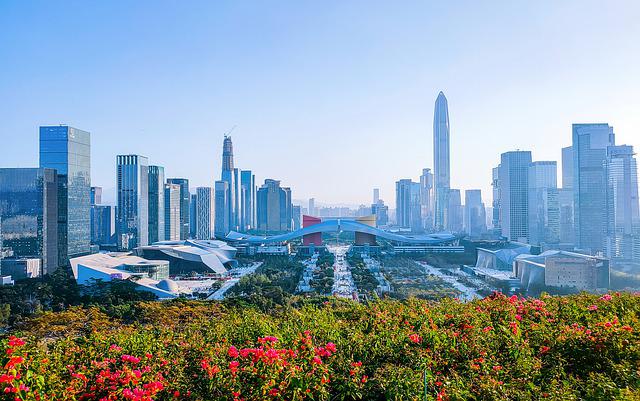 VOOPOO，a global leading electronic atomization brand, released a seven-day countdown on its official website on June 23rd. According to this, a new product launch themed "More than Infinite" will be held at 10:00 p.m.(GMT+8) on June 29. As the initial new VOOPOO product launch of this year, what will be delivered in the launch is conspicuous.

What stories will be shared in this 8th Anniversary Show？

The launch event is not only held for new products, but also for celebrating the 8th establishment anniversary of VOOPOO. Since its establishment, VOOPOO has gained a reputation of developing a variety of revolutionary products. While promoting the development of the industry, VOOPOO achieved leaps of market share year by year. By far, VOOPOO has become a TOP brand in the Open Pod System. VOOPOO has also won a number of Vapoouround 2022 awards recently, which are known as the Oscars of the atomization industry, and has been highly praised by the industry and users. There is no doubt that VOOPOO will reveal some behind-brand stories at this 8th anniversary.

Is there a strong association between the Infinity symbol and VOOPOO brand?

The posters released on the official website and social platforms all used the infinity symbol as the main visual element of the launch.VOOPOO has lately launched a number of high-profile events around the world, whether the “Spark Your Life Infinite Challenge ”on the Tik-Tok, or the pop-up events organized by graffiti artists in the United Kingdom and Indonesia, were all attached to the infinity symbol strongly. Now it is clear that those were organized to warming up the launch. This launch themed as “More than infinity”, emphasizing that the infinity symbol seems to become the cultural totem of the VOOPOO brand. As for which brand spirit the infinity symbol marks, it will only be revealed on the launch.

What revolutionary breakthroughs will the new products be making in this launch?

Another highlight of the launch is the new products VOOPOO will debut this time. Judging from the relevant content disclosed on the official website, the overall KEY VISION style is very technologically avant-garde, and several products will be released at the same time. For VOOPOO, which was known for its product innovation, the new products of this time may make various breakthroughs in design and technology as well. The official revealed that the launch will be broadcasting live on its official YouTube channel at 10:00 p.m.（GMT+8） on June 29. At that time, global vape fans and industry observers will witness and participate in this feast served by VOOPOO.

VOOPOO is a leading brand of open pod system and has rapidly risen through DRAG products, which have been widely acclaimed globally in a short period of time. VOOPOO focuses on building two core technology platforms [Chip] and [Atomization]. VOOPOO has creatively developed GENE.AI, GENE.TT and other chips. In addition, VOOPOO independently developed three Atomization Platforms, which are TPP,PNP,ITO, aiming at differentiated users. VOOPOO has four major product series – ARGUS, DRAG, VINCI, and V-series(Doric). VOOPOO will continue to develop more national markets in the future, aiming to build one of the most influential global brands.

Singapore presence to serve clients seeking access to global capital markets, building upon long-standing and continued commitment to the China market NEW YORK & SINGAPORE–(BUSINESS WIRE)–Jul. 29, 2022 MarcumBP (MBP) announced the opening of its new office in Singapore. The office will support its growing practice of clients from Southeast Asia seeking to access global capital […]

FICO Insights: Nearly 3 in 4 Thais Experienced a Drop in Income Due to Pandemic; Many Will Switch Banks in 2022 to Chase Better Offers